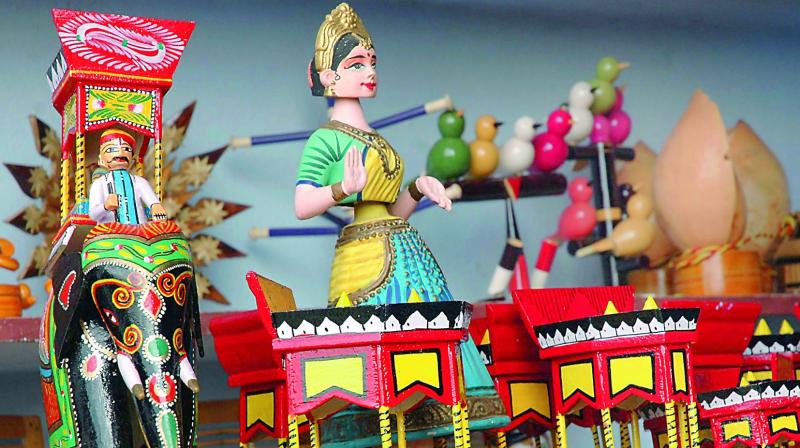 Kondapalli dolls have a good reputation around the world.
But now they are not available anywhere on the Khilla Road in Kondapalli.

Stalls will soon be set up in the railway stations that drive more people across the country to get more and more access to a variety of artists.

When Suresh Prabhu worked as Railway Minister, the state government representatives wanted to collaborate with the stakeholders of Kondapalli dolls in all major railway stations to help the artists get together. Subsequent approvals were received recently.

The Railways is also looking forward to granting of handloom clothing stalls at railway stations to encourage handloom sector soon.

According to the relevant officials, the possibility of formation of the existing Kondapalli dolls is possible soon. The Railways will also receive revenue. It is good for those who make them.